Art at the service of humankind

Tuesday, October 13 was the official opening of the 7th edition of GemlucArt, that will be running through October 20, 2015, transforming the Rainier III Auditorium in Monaco into a fantastic Contemporary Art Exhibition, showcasing over a hundred local and international talented artists, under the theme “To be Oneself”.

View of a section of GemclucArt 2015 @Yvon Kergal

View of one of the GemlucArt exhibition galleries @Yvon Kergal

GEMLUC (Monaco Group of Companies in the Fight Against Cancer) is a non-government charitable association created in 1973, presided by Dr. Beatrice Brych and under the Honorary presidency of HRH Princess Caroline of Hanover. Through their annual competition-exhibition GemlucART, they raise funds for medical research to find a cure, purchase state of-the-art materials for hospitals, assist patients and their families, and create awareness about prevention, detection and care by drawing the public attention through the magic of artist expression.

Through this exhibition Gemluc invites the public to discover artists working in Monaco and abroad while creating awareness and raising funds with the sale of artworks for the fight against cancer. The organisation succeeded in making of this exhibition a landmark both in terms of contemporary art as well as innovation in research funding charity work.

A top class jury plus and outstanding logistics & management team

Like a good wine GemlucArt gets better with time! And the harvest this year is one of the best ever, thanks to the participation of talented artists from different parts of the world, an international jury of museum curators and art critics that selected the seven best artists of 2015, and an outstanding organising team that worked day and night to put together a high quality exhibition, they are tireless! Their efforts have been fruitful and the results are visible, as the art exhibition is gaining in quality and prestige. 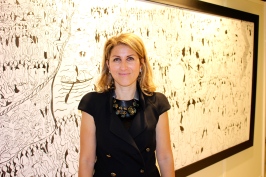 The members of the Jury

Apart from the seven main awards, the novelty for this 7th edition is a new section that grouped artists younger than 25 years old, plus an Honor prize.

CYNEYE, France – “Origami” – Photography Prize – E-catalogue (or an exhibition at the Barclays Club gallery if possible)

Janus II (2013) made of molten glass by Patrick Chaland

Joe King by his artwork The Last Iceland @CelinaLafuenteDeLavotha

My childhood dream; to fly by CB Guerry GemlucArt2015 @CelinaLafuenteDeLavotha 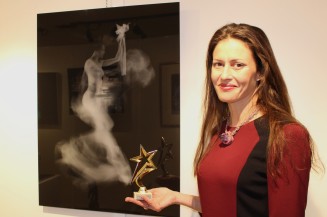 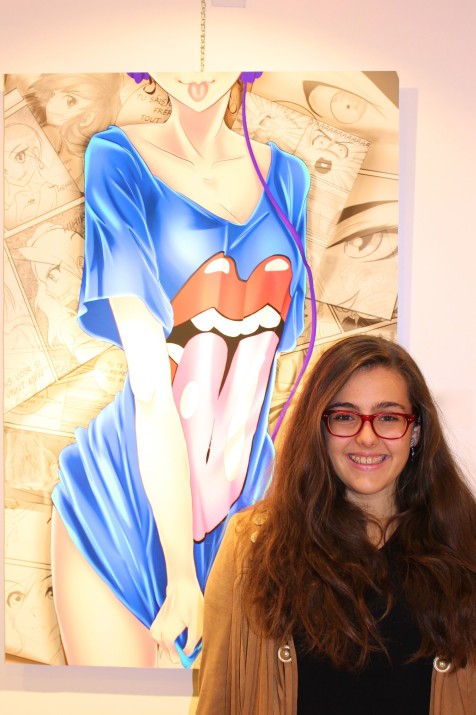 Marilou by her artwork Life is a Joke, winner of Promising Prize @CelinaLafuenteDeLavotha 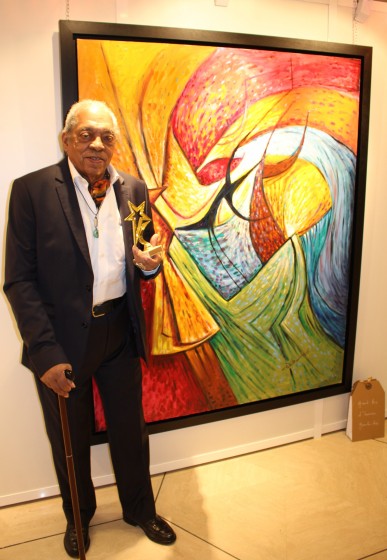 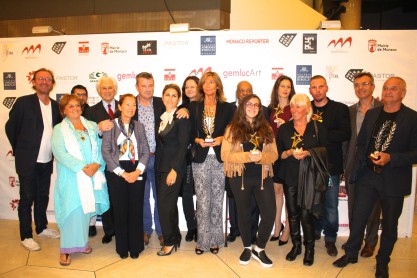 Organizers, members of the Jury and the award winners of GemlucArt 2015 @CelinaLafuenteDeLavotha

The artists posing by their artwork

I had the chance to photograph some of the many participating artists by their artwork. I wished I could feature them all, because they are all winners just by participating in this solidarity exhibition. You may see all the works exhibited by consulting the on-line catalogue.

Mirabelle by her artwork Peace of Mind @CelinaLafuenteDeLavotha

One of the 3 Sculptures Emotions by Marina @CelinaLafuenteDeLavotha 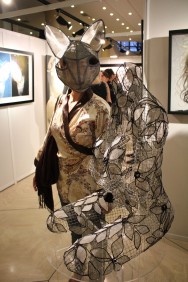 Zako wearing a custom made mask by her artwork Lucia @CelinaLafuenteDeLavotha

Tixier posing with his artwork The Search of Oneself @CelinaLafuenteDeLavotha

Sylvester Hennig from Germany by his artwork Without Name @CelinaLafuenteDeLavotha

Sophie Stinglhamber from Belgium with her artwork 1945-Greediness 60x60cm @CelinaLafuenteDeLavotha

Tanagra from France by her artwork Supercalifragilisticexpialidocious!!! @CelinaLafuenteDeLavotha 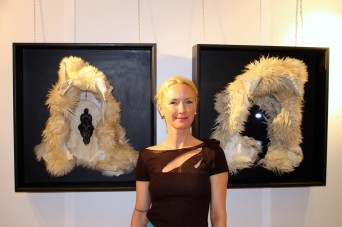 Nad from France by her arwork Moon and Sun @CelinaLafuenteDeLavotha 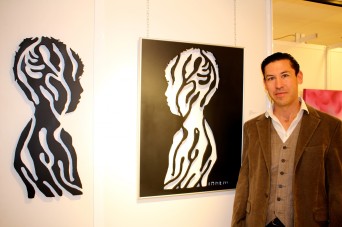 A heartfelt thank to GemlucArt loyal sponsors and partners

Recently GEMLUC received a posthumous donation of 4,5 million Euros from Richard Stanley Pollock who had resided in Monaco since the 80’s, in the presence of HRH Princess of Hanover, Dr. Beatrice Brych and Gilbert Delacour, will executor. This citizen of Great Britain who made a successful carrier in real state, wanted to leave part of his fortune to research in several countries: France, Great Britain, The Netherlands and Monaco, with the objective to find a cure for cancer. (In the photo taken by Gaetan Luci, Prince’s Palace: HRH Princess Caroline with Dr. Beatrice Brych and Gilbert Delacour.)

The theme for the 8th edition of GemlucART will be: “Let’s be insane: don’t take ourselves too seriously.” It is a rather provocative subject that will surely spark the artists’ imagination everywhere.

“The aim of art is to represent not the outward appearance of things, but their inward significance.” Aristotle