Top riders have been gathering in the Port Hercules in Monte-Carlo for twenty years for the International Jumping Competition under the Mediterranean sun, a leading fixture in the Principality’s social calendar, running from June 24-26, 2016. This 11th edition of the Longiness Global Champions Tour of Monaco is a glamorous high-level sportive event, organized under the Patronage of HSH Prince Albert II of Monaco. Since April 2013 Longines is the title partner of the Gobal Championship Tour and the circuit official chronometer.

It all started with the traditional mandatory veterinary visit on Thursday, June 23 for all participating horses, and got ready for the first 5-star test to debut on Friday with the participation of the obstacle course jumping international leaders. 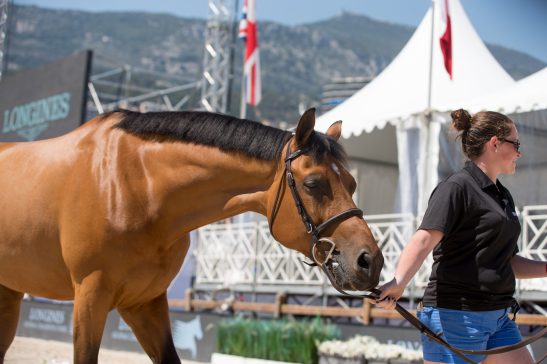 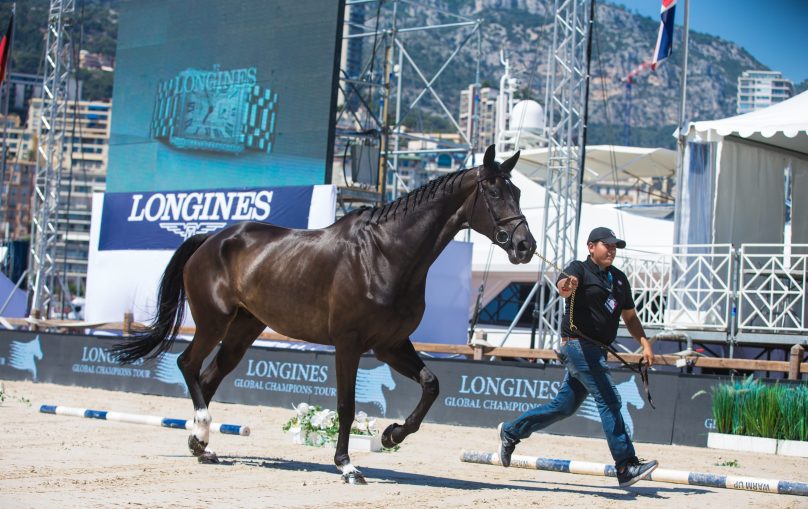 On Friday, June 24, with a total of 32 participants, and 12 who confronted each other in the relegation, it was Irish star Bertram Allen and his 12-year-old gray mare Molly Malone V who claimed the Massimo Dutti Prize, after a 13th rider jump-off had the crowds jittery during the fast moving round, in the presence of Prince Albert II of Monaco. The formidable combination received top honors in the 1.50/1.55m class, jumping double clear in an impressive 34.56s at sunset. Belgian Jerome Guery came second and German David Will finished third.

Later that day Princes Caroline of Hannover joined her daughter Charlotte Casiraghi for the evening program, together with a host of distinguished personalities and socialites in attendance. Created in 2010 with strong support from Charlotte Casiraghi, the Longines Pro Am Cup has become one of the main events at the Monaco competition, bringing together a professional rider and an amateur who race together in a relay course in the evening.

This trial mentored by Charlotte Casiraghi, who participates with the colors of Amade Mondial, suffered some changes this year. The team composed of a professional coaching two amateurs, participate in the relay course under chronometer, with two courses with obstacles in different heights. The impressive performance of the dynamic duo of Inigo Lopez de la Osa father and 12-year-old son Franco, coached by Daniel Bluman and Schuyler Riley, for the Monaco Aces team delighted the public. The young rider was the star of the evening!

The teams of CTM PremiuMares and Media Plus finished second and third respectively. In a very festive ambiance all the participants created the show with an enthusiastic public that encouraged them vividly inciting them to go as fast as possible.

Italians were in top form with Emanuele Gaudiano and Piorgiorgio Bucci finishing on the top of the podium first and second respectively. It was a first GP on the LGCT circuit for Emanuele Gaudiano, a victory he claimed riding his gray stallion Caspar 232 a 10-year-old horse that he himself had been preparing during three years. “For every rider to win a Grand Prix is good, but to win a LGCT Grand Prix is special – it’s amazing,” an enthusiastic Gaudiano told the press.

Olympic Champion Rolf-Goran Bengtsson of Sweden and his loyal Casall Ask completed the podium with a third place enabling the Swede to add valuable points to his overall standing. German Christian Ahlmann with Colorit, keeps the ranking leadership of the LGCT provisional classification with an edge of 50 points, but competition is fierce. 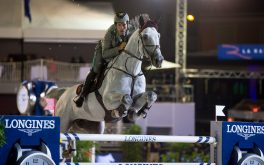 Debut of a new era

Global Champions League: Team Competition that took place on Sunday, June 26, marked the rise of a new era lifting the bar much higher. This new championship resembled 12 teams and 5 riders among the best of today and tomorrow. After Miami, Mexico, Anvers, Shanghai, Hamburg, Madrid, Chantilly and Cannes, two riders from each team gathered in a relay course at 1m50 and 1m55.

Teams tactics and strategy came into play as the best of international riders and horses faced challenging technical courses in one of the smallest arenas on the calendar.

Valkenswaard United took their third win of the Championship season so far, with Bertram Allen Izzy By Picobello and Eduardo Menezes with Caruschka taking pole position for the team at the stunning Monaco event closing the gap to 214 points.

Monaco Aces keep hold of their overall ranking lead with a tally of 217 points. The pressure was on the home team making their debut in front of packed stands. In the previous eight rounds, the Daniel Bluman/Schuyler Riley team had only finished out of the top four on one occasion, making them one of the most consistent on the League so far.

Every point counts as the teams fight to take the reputable leadership in advance of the final in Doha. The Rome Gladiators consolidated a third position on the rankings with 200 points overall, and following their podium in Monaco, the Antwerp Diamonds with a total of 196 points are keeping a close watch of their closest rivals, just four points away from the top three. 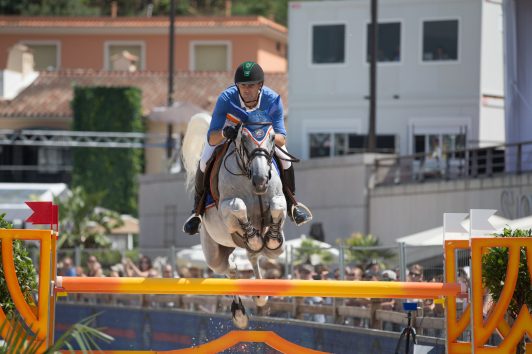 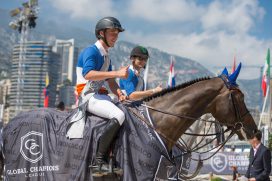 There is no doubt that the overall battle for the 7.5 million Euro championship prize is as close as ever, with only a three-point margin at the top of the ladder, and the battle gets tougher.

Jan Tops, Co Founder of Global Champions League said: “The new concept is totally different, you don’t have to be from the same nation. You have people you dream to be on a team with and you can’t because you have a different passport. But now you can compete together. It is up to the owner to decide who they want to pick in their team. Still Monaco Aces are in the lead but the gap is getting closer, we are just over halfway a lot of things can happen and that is the beauty of everything counting it is much easier for our followers.”

Next stop over is the city of lights for the 10th round of the Longines Paris Eiffel Jumping from July 1-3, 2016.

“Your horse can only be as brave as you are.” Anonymous