U12 rugby teams from nine countries battled under a freezing rain

This past Saturday the sun did not make an appearance in the Principality, replaced by a constant freezing rain, but the bad weather did nothing to curtail the enthusiasm of the youngsters that came from all over the world to compete in the Saint Devote Rugby Challenge. The teams were from South Africa (Cape Town), United Arab Emirates (Abu Dhabi), Spain (Barcelona), Italy (Mirano, Recco), Switzerland (Lausanne), Russia (Kaliningrad), Tunisia (Jemmel), France (Corse, Lucciana), and of course Monaco to participate in the U12-category competition at Stade Louis II. 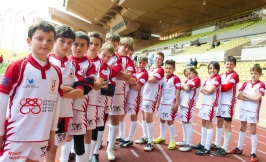 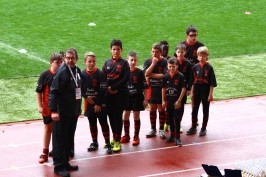 The Abu Dhabi U12 rugby team that came 2nd @CelinaLafuenteDeLavotha

This was the 6th edition of the Saint Devote Rugby Challenge organised by theMonegasque Rugby Federation (FMR) with the support of the Princess Charlene Foundation, who sponsored the team from Cape Town, South Africa, for a stay in the Principality. The main objective of this sportive gathering was to highlight the moral values of the sport, team spirit, sharing, solidarity, respect and fair play over that help children to better integrate into society, beyond the physical aspect.

A surprise visit by the Little Prince

Princess Charlene came accompanied by little Prince Jacques, who was attending his very first rugby tournament, and was later joined by his dad Prince Albert. Among the distinguished personalities present were: the Princess’ brother Gareth Wittstock who is actively involved in her Foundation, their brother Sean Wittstock, Patrice Cellario Minister of Interior and Culture and Isabelle Bonnal, Director of the National Education, Youth and Sports of Monaco. We noticed the presence of known rugby professionals, notably Stefan Terblanche former player with the Sharks and Springboks, and current Director of the South African Rugby Legends Association (SARLA), who came to support this important rugby event. 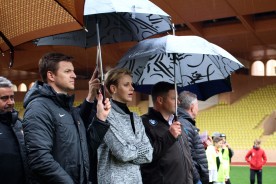 The young athletes battled in teams of 7 players. The choice of Rugby Sevens is very important to the FMR as this discipline concerns all national Monegasque teams and is the sport of the future for the Principality. On Jun 18-19, the Stade Louis II will host the Monaco Sevens World Olympics qualification tournament organized by the Monegasque Rugby Federation.

The Monegasques against the Lucciana team in the battle @CelinaLafuenteDeLavotha

The Cape Town player running as fast as he can @CelinaLafuenteDeLavotha 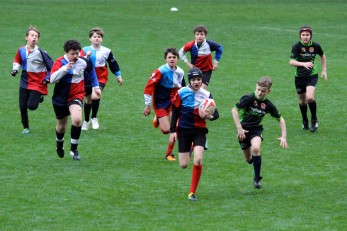 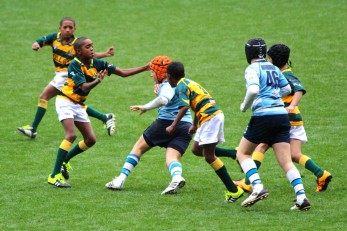 Cape Town against the Italians from Mirano Recco @CelinaLafuenteDeLavotha

The Monegasques had a lot to celebrate as their team brought back home the Saint Devote Trophy by defeating the Lucciana team from Corsica who had won the last two competitions. Daghe Munegu! In the original line up Arnaud Darroman had to be replaced by Terence Vincensini due to injury, but Arnaud was there to congratulate his team. Daghe Munegu! 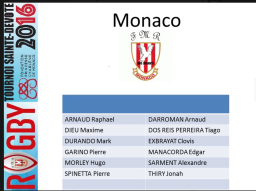 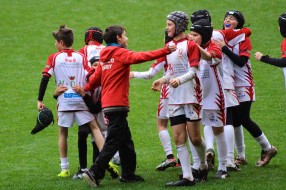 The main victory went to the young rugby players from Jemmel, Tunisia, who won the final by beating the team from Switzerland 3 to 1. They received the coveted HSH Sovereign Prince Cup directly from Princess Charlene and Prince Albert. Bravo! 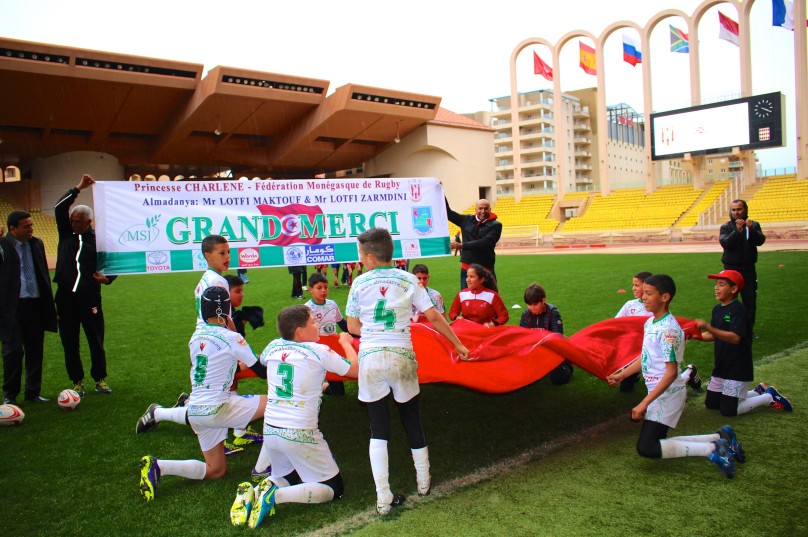 The organisers want to thank the loyal sponsors and partners for their continuous and generous support. 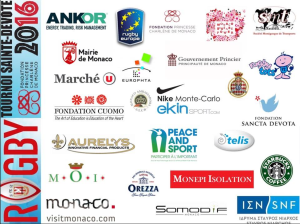 As part of the South-Africa – Monaco Rugby Exchange, one of Princess Charlene of Monaco Foundation’s “Sport & Education” flagship projects, underprivileged children from South Africa were invited to the Principality from February 23-28, thanks to the partnership with SARLA. In turn a Monegasque team will travel to South Africa during the summer of 2016.

HSH Princess Charlene attended the exchanges that took place at the Charles III Middle School between the Monegasque students and the South African rugby team participating in the Saint Devote Rugby Tournament. The children were able to partake in school and leisure activities providing mutual enrichment by asimilitaing their cultural differences.

The interactions between the students from the 7th grade international classes at the Charles III and François d’Assise – Nicolas Barré middle schools were very friendly. The visiting children from Cape Town organised a presentation to the Principality and the traditional “Cape Town Carnival” dance. 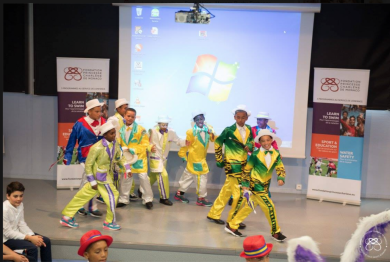 At the end of the meeting, HSH Princess Charlene provided precious advice to the young South Africans during a swimming lesson. Our Princess was accompanied by Ms. Lisette Botha, who runs the “Kiddie Aqua Swimming Academy” in South Africa, and which goal is to promote learning to swim as a means to combat drowning.

This gathering also provided the opportunity to announce the launch of the South African branch of the Princess Charlene of Monaco Foundation, whose president is Mr. Gavin Varejes. The young South Africans received a very warm welcome from Monaco’s Department of Education, Youth and Sport.

“Rugby is a hooligans game played by gentlemen.” Winston Churchill